When I travel to other countries, I avoid consuming certain kinds of dairy products. Especially milk. I would never drink milk produced in countries other than in Denmark unless I know the brand. I don’t know why, and I’m well aware that it sounds irrational. Maybe some childhood milk trauma caused it.

My aversion to dairy products from different countries, however, doesn’t stop me from traveling. This means, according to Professor of Tourism, Alexander Josiassen from the Department of Marketing at CBS, that I rank low on his and Assistant Professor, Florian Kock’s xenophobia scale because it’s just about milk and nothing else.

They are the first researchers in the world to investigate whether people who are xenophobic – afraid of new food, different cultures and new places – are afraid of traveling too. They have dubbed it tourism xenophobia.

“We were not really sure what the results would show us before we started. But we found that people who rank high on our xenophobia scale still travel. However, it’s in certain ways and under certain circumstances,” says Alexander Josiassen and continues:

“People who are xenophobic don’t like to eat local food. They’d rather go for something familiar and standardized – like a McDonald’s or a pizza. And then they might prefer seem to specifically like going on cruise ships as a form of travel, because they’re in one place with the possibility of going out for a few hours when the ship is docked in harbor.”

Furthermore, what characterizes xenophobic travelers is their need to have the right insurance and vaccines before leaving their home country.

“We were actually surprised how significant our results were when we saw them. It’s the first time ever that researchers have combined xenophobia and tourism in a study, and we use evolutionary psychology to explain it. Something that hasn’t been done before us either,” says Alexander Josiassen.

The study is based on 833 participants’ answers and have been published in the leading tourism journals in the world, the Annals of Tourism Research.

Xenophobia – a precondition for surviving

Although the word xenophobia is something one doesn’t want to be associated with, it’s an evolutionary precondition. Something we all have to some degree. And for good reason, explains Alexander Josiassen.

“Thousands of years ago, xenophobia was an important trait that served to protect individuals and their tribe or family from intruders and the possible risk of getting infected with disease. And although that was a long time ago, some of the xenophobia stuck with us. For some more than others,” he says.

Alexander Josiassen explains that a research project on xenophobia in Europe showed a correlation between the Black Death, which wiped out more than half of the population in Europe between 1347 and 1450, and people’s level of xenophobia today. The descendants of people living in the cities that were hardest hit during the plagues showed a higher level of xenophobia, probably as a result of needing to protect themselves from getting disease.

“Xenophobia isn’t always something you can explain. You can link it to events during your lifetime, and it could be connected to events that happened a long time ago,” says Alexander Josiassen.

To figure out the level of xenophobia amongst the research participants, Florian Kock and Alexander Josiassen developed a scale to measure it. Based on questionnaire answers, people were ranked on the scale. And knowing whether people are xenophobic or not can be very useful for all kinds of companies and agencies that interact with tourists, explains Alexander Josiassen.

“This kind of research can be described as a kind of primary research that has never been done before. But it’s very applicable at the same. Tourism is the fastest-growing major sector worldwide, so understanding tourists has never been more important, and knowing whether they are xenophobic or not can play a role in how we approach them,” he says.

Now the two researchers are investigating how xenophobic tourists like to engage with local culture, and their results point towards theater.

“If you rank high on the xenophobic scale, you don’t go out for dinner at a local restaurant and chat with local people. You’d rather go to the theater and experience the culture of the country there, as it doesn’t require you to interact with locals,” he explains.

Can I experience your culture on my terms, please?

When asked if Alexander Josiassen can recognize himself in the results, the answer is no.

“I think I’m the opposite of xenophobic. I’ve traveled far and wide. I’ve worked in Asia, South America, and been to Japan and eaten all kinds of local food. Sometimes I even prefer to go to a new place without knowing where I’ll be staying for the night,” he says and continues:

“I have friends who want things to be planned out and thoroughly organized so they avoid any challenges. They are likely to rank higher on the xenophobic scale, but would still be interested in talking to locals and experiencing their culture. But it has to be on their terms,” he says and explains that Vietnam is on a list of places he would like to visit soon.

I got back from a long trip to New Zealand in January and I didn’t dare to drink the milk there either. I’m going to Norway this summer. Not too far away from Denmark – so maybe I should try their milk. 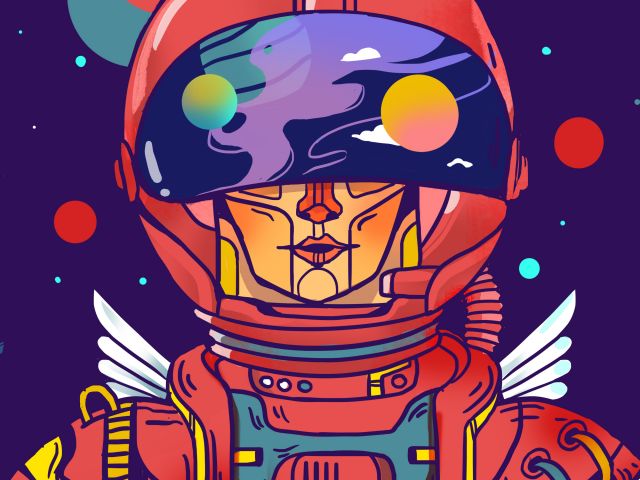 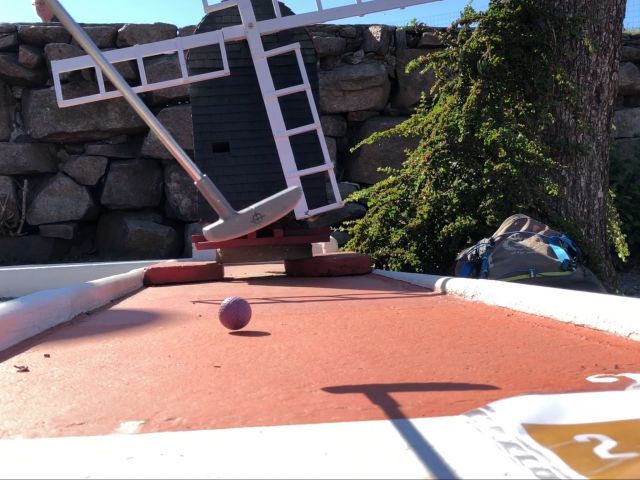 CBS at Folkemødet: What has miniature golf got to do with the SDGs?