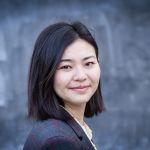 My parents grew up in the USSR with 7 and 4 other siblings. Their parents were classic couples, judged by the standards of their time, with clear divisions of responsibilities where the father makes bread and the mother takes care of the children. But my grandmothers used to work mainly on their motherhood responsibilities. Different times, different norms.

Hejsa! I’m Madina, a 25-year-old Kazakh living in Vesterbro with my Danish husband. I use writing as a self-esteem tool to help me get through life with humor and honesty. Besides writing, I love drinking tea and talking about tea, cooking and boxing. I just graduated this summer.

Growing up in a big family made my parents humble and insecure in their talents and desires. They both lacked attention from their parents, and if they wanted to spend private time with their parents, it would be unfair to the other children, so they were taught to be even and not to look special or better than the others. This was the case for many families of that generation.

When my parents decided to start a family and I was born, they both wanted me to feel like the most special kid. I remember the times my parents would put me to bed and say that I was the most beautiful child in the whole world, to which I would call out my favorite kid character from the TV and say that mom is wrong and I know tons of kids who are prettier than me and that I am actually quite a “normal” or average kid. This was all before school started. I was a relatively happy child: free to do whatever I wanted within the borders of the village where I grew up.

Ruelle – the other side

When school started, there were so many things I didn’t understand or know because they had never cropped up in my home education. I didn’t know who Pushkin was or the term “reading technique” and that you actually had to pass to continue coming to school. It made me feel less free and more insecure. I felt I didn’t fit in at the school and there were so many things I didn’t know, and I must know them to fit in the society around me.

It made me feel so vulnerable and I think that is the time I start digging in myself and thinking about why I am so different, and I am most certainly the only one who feels the same way. I was so afraid that others would find out about my knowledge limitations about Pushkin and the reading technique that I would hide it within myself.

School years passed and ‘self-digging’ turned into ‘I know exactly who I am and what I want’. I know how I react and what features of my behavior I must improve or eliminate. This deep knowledge of my own psyche made me feel I was the special kid my parents always told me I was. It mainly made me long to be “normal”. I wanted to be easygoing like other girls and a good joker like boys I knew. I wanted to know all the pop music and must-know movies to fit my “special me” into a “normal society”.

Fast forward to today, when I was recommended a book called The Subtle Art of Not Giving a F*ck by Mark Manson where the author explains in a humorous way that nobody is special.

It blew my mind.

Of course, the book isn’t the most scientific and smart book with tons of underlying research, but it clicked with me, and I don’t expect a book to do more than just give me that one single thought to digest.

Every single person I have met in my life had something that was odd to a greater or lesser degree. And of course, we all know that we are the main heroes/heroines of our life movie, which makes us special to ourselves. But hear me out, or better, look at the rustic drawing I made to illustrate what I mean. 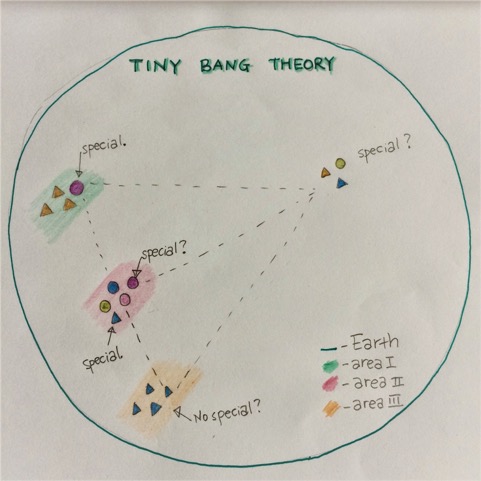 If you live in a village where you are the only circle (in area I) among yellow triangles, it sure makes you special in that village. Then this circle moves to a new area (area II) where all the other circles live. What happens to its “special” feature then? It loses it. It is the same as all the others in this area. Then there is another village (area III) that is totally homogenous with only the blue triangle population. One of the members of that area moves to area II where our circle moved earlier. So now you have an area full of circles and one triangle in area II, which makes the blue triangle a special one among circles. And the circle who felt special in area I is now ordinary among the other circles in area II.

What happens when each member of each area moves to a new area? All of them are different, no two are alike, all of them are special. If everybody is special and being special is a common feature for the new area, then who is truly special?

And now look at the green circle that I called “Earth”. All the areas together, first, second, third and the new area have all sorts of forms and colors: triangles and circles, blue, orange, and pink. Everybody is different and being different from each other makes them united.

We are homogenous in being special.

Procrastination from studying was my favorite hobby in the fourth semester as you can see. I will leave you with that thought and maybe it will make you calm down about fitting into society and let you just be yourself whether you are a blue triangle or purple circle.

Reach out if this has interested you in further discussion. I am on Facebook under “Madin B”. 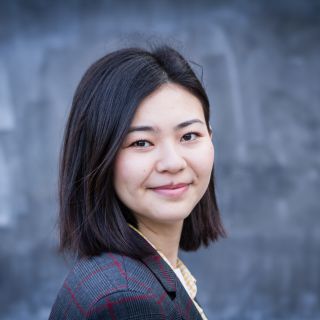 Hejsa! I’m Madina Balgabek, a 25-year-old Kazakh living in Vesterbro with my Danish husband. I use writing as a self-esteem tool to help me get through life with humor and honesty. Besides writing, I love drinking tea and talking about tea, cooking and boxing at Fitness World. 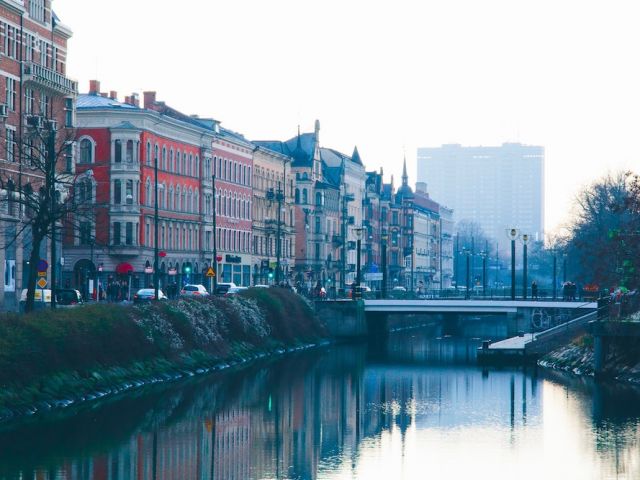 A one-day guide to Malmö: Where to go, shop, and eat 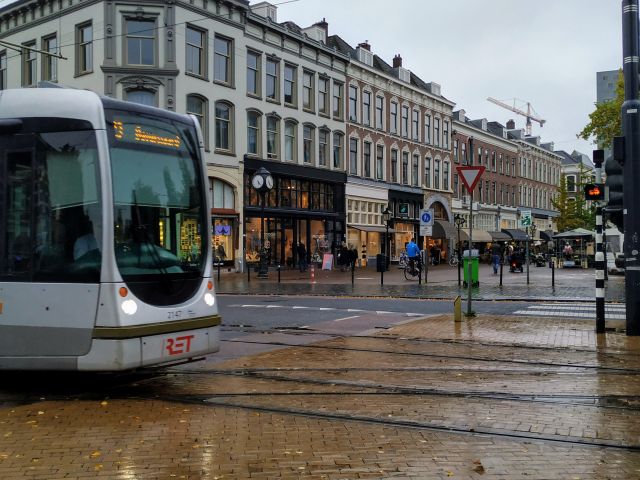