Should art just please or provoke?

If you have walked by Café Nexus at Solbjerg Plads, you must have seen him. The video of a middle aged, drunk man, dancing to music from the 90s, and undressing himself.

The video, by the Danish artist Peter Land, is being shown at the CBS Digital Art Space at Solbjerg Plads and is in collaboration with Louisiana Museum of Modern Art. Apparently, it has raised more than just a few eye brows.

A discussion about the nudity in the video has emerged, as a few students and staff have sent in complaints about the art work asking whether CBS is the right place to be showing nudity.

“We’re not just showing a video of a naked man, we’re showing art work that happens to involve a naked man, which is the artist himself,” says Philipp Alexander Ostrowicz, Senior Research Adviser at the Dean’s Office of Research and member of CBS’ Arts Committee. He adds:

“It is important to stress, that the video does not contain any explicit, sexual, or pornographic content at all. In my view, the nudity shown is very funny and even natural.”

Louisiana Museum of Modern Art acts as the curator for the selection of videos shown until next summer.

The videos are changed every six weeks.

All the pieces have been picked by the CBS Art’s Committee in collaboration with Louisiana Museum of Modern Art.

The initiator of the CBS Digital Art Space, Christoffer Faurschou, welcomes the discussion and embraces the complaints.

“We have been showing a wide variety of video artworks at CBS, but Land’s artwork is, without a doubt, the one that has received the most attention until now,” he says.

The video will not be shut down

CBS’ Arts Committee, of which rector Per Holten-Andersen is the chairman, stands behind the establishment of the CBS Digital Arts Space and welcomes the debate:

“Bringing art into CBS is important, and I’m very happy with our engagement with Louisiana. The role of art is to provoke reactions, give rise to discussions, and arouse one’s curiosity. The art work is made by a renowned Danish artist, and if it can raise discussions or debate, I think it has fulfilled its purpose,” he says.

When we are presented with nudity today, it is often in a commercialized context

All in all, a little bit under ten people have given their complaints about the art work. Per Holten-Andersen and CBS’ Arts Committee have taken the complaints seriously, but it will not stop the Committee from showing the naked man or practice censorship in future art projects.

A portrayal of nudity

Christoffer Faurschou, who’s also part of CBS’ Art Committee, is aware that nudity can be provoking to some, but asks his fellow students and staff members to see the nudity in context.

“When we are presented with nudity today, it is often in a commercialized context. This video is an honest portrayal of what nudity is. In this case, it’s a man who puts himself in a vulnerable situation and dances around freely. Also, no one is forcing you to watch it. It’s not a part of a curriculum,” he says.

The artist himself, Peter Land, has described, in a video for the Louisiana Channel, how and why he made the video.

“The whole exercise was to try to put myself in a situation where many of my preconceived ideas about who I was were tested,“ he says in the video, which can be watched here.

Christoffer Faurschou hopes that students and staff alike will reflect upon what they are being showcased here at CBS and other places.

“There are a lot of different people at CBS. All of us experience things differently and have our own personal opinions and tastes – and that is what it’s all about. Surely, some artworks will be of your liking and others not. We don’t want to offend anyone, but we want to provoke the students and employees so that they reflect upon what it is that they are seeing every day.”

What do you think about Peter Land’s video art work? Is it too much, or is this the kind of art CBS needs? 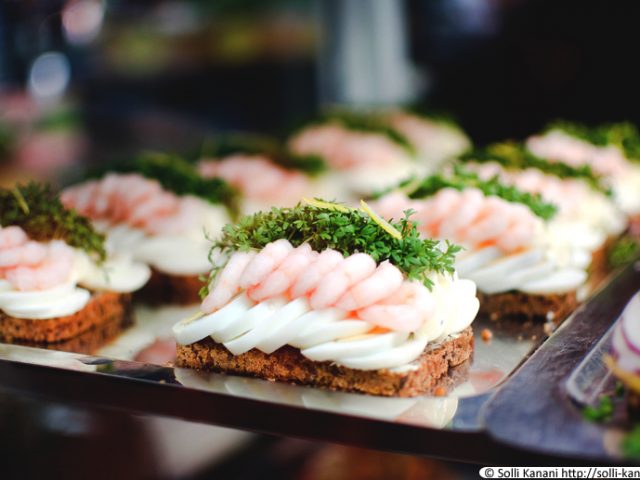 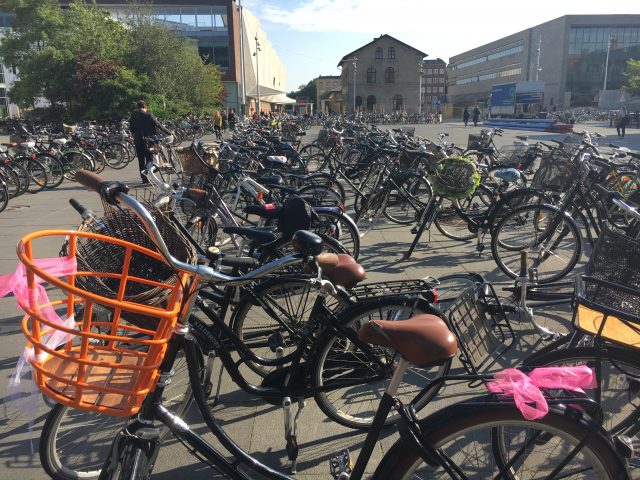