Danish companies lag behind their Nordic competitors when it comes to women’s representation in leadership roles.

But why is this? And are gender quotas the answer to the problem?

An analysis of women in leadership, or lack of it, from The Danish Institute for Human Rights, shows that the proportion of women in top leadership roles in Denmark was 15 percent in 2015. This is an increase of five percentage points since 1995. The percentage of women in positions such as, Chairman of the Board, has increased from around three to six per cent in the same 20-year period.

According to a report by the Danish Business Authority [Erhvervsstyrelsen], more than half (54 per cent) of 1,200 of the biggest companies in Denmark (those that are subject to policy guidelines for the gender composition of management) do not have a single woman representative among their most senior management.

In a soon to be published study in the scientific journal Ephemera, we argue that one of the reasons why Denmark has the lowest proportion of female leaders in the Nordics is in our collective perception that we already meet equality targets. We have already dealt with the same data in this article.

In other words, we see gender equality as a core value, special to Denmark.

But this picture of already having achieved equality, blinds us to the occasions when equality is lacking, for example in management. We don’t see this lack of equality as a problem and if we do not see the problem, it is of course difficult to find workable solutions.

A voluntary arrangement for more women in leaderships

In 2010 and 2011, we interviewed 45 managers from 37 of the 110 organisations that originally signed an agreement to encourage more women into leadership, prior to the existing target policy.

The agreement was voluntary and there were no sanctions for companies that failed to meet their own, self-imposed targets—they could simply try again. The agreement is the antithesis of the commonly held view of quotas as an involuntary initiative, forced upon companies.

Many of the people we interviewed saw quotas as frightening—the worst-case scenario for their organisation. In their eyes, quotas cheated both male applicants and women, if they were awarded a job simply because of their gender. As management pointed out, companies should solve the problem of too few women in leadership themselves. Anything else is an admission of failure.

Fear of quotas is irrational and illogical

We wonder why management are so dismissive of regulation in this particular area. We regulate elsewhere, for example, the environment, climate adaptation, and economic and redistribution policy. Here, society recognises that the equilibrium of so-called free market forces is less than satisfactory and should be regulated.

We think that the fear of quotas is irrational and illogical since research has shown that it is an effective tool —not only in increasing female representation, but also in breaking down stereotypes and changing peoples’ opinions of women in leadership.

So why do only two per cent of Danish leaders support the use of quotas to increase the number of women in management?

Opposition to quotas could arise when it is perceived as a kind of uninvited guest, which plays havoc with the way we usually organise ourselves, or the normal way of filling management positions.

Quotas challenge our faith in the idea that we live in a meritocracy, where a professional recruiting process always ensures that the best candidate gets the job, with no bias or cronyism.

The question is, does an almost ideological belief in meritocracy, just like the concept of equality itself, allow for a distorted practice that systematically holds women back and effectively functions as a male quota?

A blind faith in merit gives our biases a free reign, which inevitably influences how we evaluate each other by unwittingly relying on gender stereotypes and other assumptions.

The executives we interviewed saw merit as an objective, universal, and measurable standard with which they could evaluate potential leaders. But this conceals the subjective processes that shape our image of the “ideal” candidate.

Managers chosen according to their personality

Most managers pride themselves on their ability to judge whether a candidate will “fit in,” within the first minute of them stepping through the door.

Most also think that it is difficult, if not impossible, to judge someone’s qualifications, competences, and results in such a short time. So something else is at play here: Bias

Men are generally privileged to be born male, as they are (unconsciously) associated with leadership qualities and potential

Our research also shows that companies look for “the whole person,” whereby something as abstract as personality, plays a role, not to mention whether the candidate embodies the “right” qualities.

It paints a picture of a personality market, rather than a labour market for managers.

Myths and facts on quotas

If we look more closely at places that have implemented gender quotas, it is clear that quotas can take many different forms and it does not need to be so black and white. Quotas can also be used in modified forms, for example in a tiebreak situation where both candidates are equally qualified. In this case, the interviewers are allowed to choose according to gender.

Simply by finding herself in a tiebreak with a male candidate, helps to show the female candidate’s worth, because she is already a member of an under-represented group.

The threshold system is another type of quota, where candidates are tested, and need to score above a certain amount to pass. Thereafter it is permitted to take gender into account, and prioritise a candidate from the under-represented group because everyone above the given threshold are deemed qualified.

Both systems are built on the assumption that if gender diversity is a part of an organisation’s vision, their values, or goal, then, they should be able to take legitimate decisions based on this.

A typical counter argument is that women who are promoted via a quota system, end up being marginalised and seen as a “quota woman” before anything else. We could not find any evidence that this actually occurs. In other words, “quota women” are not marginalised any more or less than women in general.

On the contrary, women who get their jobs as part of a quota are often just as qualified or more so than both their male and female non-quota counterparts.

Quotas are good for business

There is also an economic argument for introducing gender quotas at management level.

Quotas increase the chance that female candidates will be promoted to a position of leadership, which gives more women an incentive to build up the necessary competences.

Women generally perceive that they have less of a chance of being promoted compared to men.

Without quotas, the opposite is true: Women generally perceive that they have less of a chance of being promoted compared to men. Research clearly shows that even less-suitable male candidates are encouraged to work on their leadership skills at the expense of more suitable female candidates.

Assuming that these newly motivated women develop better management skills than the men they are said to replace, this means that implementing gender quotas would in fact, boost the overall talent pool.

Quotas are thus not a threat against merit. Rather they bring us closer to a meritocracy, by helping to combat the negative consequences of bias against women and also to men who do not conform to the ‘classic’ normative ideals of masculine styled management.

It is important to understand that we are all biased. Our biases are the glasses through which we see and understand the world. This world is, roughly speaking, built on the idea that masculinity is strong and decisive, while femininity is caring and embracing. These biases shape our different expectations of male and female management candidates.

In this way, women are evaluated as inferior to men, even when they exhibit the same behaviour, since leadership roles are typically described in terms of masculine norms.

Studies have even shown that we judge the same CV less favourably when it features a female name at the top compared to a male name. We simply judge women and men differently.

To put it bluntly and at the risk of making ourselves unpopular, men are generally privileged to be born male, as they are (unconsciously) associated with leadership qualities and potential.

This does not mean that all men sail through life. Some men do meet resistance in their professional ambitions, and in some cases perhaps even more so than some women.

Research shows that people from privileged groups tend to believe in merits and personal virtues even when confronted with their own privileges.

Why? Because the idea of privilege tends to break with their own self-image: That everything they have achieved is due to their personal deserves and is entirely down to hard work, diligence, and a preference for carrier over family, for example.

When some groups, in this case men, fit the remit of leadership particularly well, it also raises the question of whether one really is entirely responsible for this remarkable fit? In other words, are we all really on an equal footing, regardless of background? Or do our circumstances also play a role?

Equal opportunities presuppose (competitive) conditions. That brings us to the root of the problem: That certain groups (in this case women), have been historically and culturally disadvantaged and so find themselves on an uneven playing field today.

As long as the myth of meritocracy is allowed to exist and the road to quotas remains closed, we will continue to have less qualified candidates for positions of management.

This is because of our own biases, which prevent us from recognising qualified candidates among women and men who break the mould of stereotypical masculine leadership.

The answer to why we are so far behind our Nordic neighbours lies partly in our unconscious bias and in our steadfast belief that the best candidate is always chosen.

Some of our neighbours have implemented quotas, and if we want more women leaders, then we must follow their example. Quotas can act as a counter to our bias and help us to reach a situation where we really are judged based on merit and not by our gender. 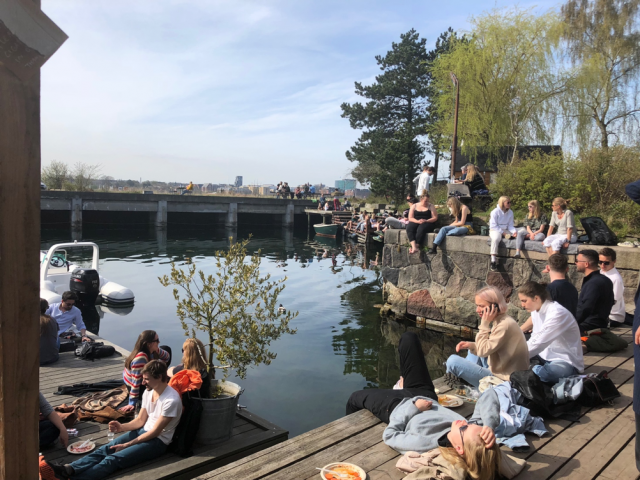