Researchers from outside the EU, working at CBS, are being criminalized for doing their job. The rule states that a non-EU citizens work permit is tied to one place of work only. This means that if a non-EU researcher wants to do research related work outside of CBS, he/she will have to apply for an extra working permit. Even if it is unpaid or just a job for two hours. If the researcher doesn’t get the extra permit, that person can be fined by the Danish authorities.

A crucial part of being a researcher is to share their knowledge with society. This can be done by doing guest lectures, presenting at conferences, or meeting with policy makers or representatives from the business sector. But this is made highly difficult for researchers who come from outside the EU.

Researchers from CBS have already felt the consequences of the rule, as Brooke Harrington from the Department of Business and Polictics, risks to get fined. And this worries the President of CBS, Per Holten-Andersen.

It is not only researchers at CBS, who are having problems with the rule. According to the organization Universities Denmark, 14 cases involving non-EU researchers from universities including The Technical University of Denmark and University of Copenhagen are being dealt with at the moment.

“We are experiencing talented researchers being criminalized for sharing their knowledge. It is extremely worrying that international researchers risk getting a fine or face challenges with a residence permit because of relevant sideline activities. Which, their Danish colleagues can do without any problems,” says Per Holten-Andersen and continues:

“Rules are to be respected. But this is bureaucracy at its worst. It does not make any sense that researchers have to apply, again and again, in order to get permission to, for instance, be a guest lecturer, an external examiner, or give a presentation to a company. We risk scaring away talented staff members,” he says.

Along with the seven other presidents from the Danish universities, Per Holten-Andersen is asking the Ministry of Higher Education and Science to look into the case in order to find a way to change the rule.

“We support our staff members who are experiencing problems with this rule a 100 percent. Together with the other universities in Denmark, we are in a constructive dialogue with the public authority (SIRI) that administrates this rule so as to find a solution. We have also taken up the issue in the Danish Conference of Rectors, which is asking our ministry to intervene,” he says.

This rule has been around for years. But only now has it started to cause problems. According to HR at CBS, SIRI has been able to cross check different registers and have found cases in which non-EU researchers have violated the rule.

At CBS, several researchers have been affected by the rule, as about 10 percent of the international researchers are from outside the EU. One of them is Professor MSO Brooke Harrington from the Department of Business and Politics.

She has received a fine for doing extra tasks to the Danish Parliament, the University of Copenhagen, and to the Danish tax authorities. According to Caroline de la Porte, the head of Brooke Harrington’s department, it has caused a lot of worries.

“Professor MSO Brooke Harrington, an American citizen who has lived and worked in Denmark for numerous years, and who has always paid her taxes, has received a fine this year for extra tasks. This has made her worried that it will create challenges for obtaining a permanent residence permit in Denmark. I don’t think that it will affect her chances of a permanent residence permit, but I do understand that this situation makes her feel insecure,” she says.

Caroline de la Porte explains that neither CBS as a whole, nor the non-EU international researchers were aware of the need to have an extra work permit for each job outside of CBS.

They never interpreted the rule in a way that could have implications for the researchers, which is why it has come as a surprise to her.

“The fines to non-EU researchers came as a complete surprise. It is practice among university scientists – irrespective of their nationality – to provide qualified research-based knowledge to business, policy-makers and stakeholders. Such tasks represent the unwritten and widely accepted practice in the university sector. At CBS, such practices are an integral part of the CBS Business-in-Society strategy,” she explains.

“It creates a lot of red tape”

In fact, this expectation of research-based dissemination to society is part of the Danish law for universities. The law dictates that the universities must exchange knowledge and competences with the community and encourage its staff members to take part in public debate. (see fact box)

However, this is currently made extremely difficult for the non-EU researchers, points out Caroline de la Porte.

“It creates a lot of red tape and administration, and it discourages researchers from sharing their research in society. The aim of sharing knowledge is inherent in the job description of scientists. However, with a narrow interpretation of the rule on work permits for non-EU citizens tied to one work place, it is difficult for non-EU scientists to share knowledge broadly,” she says.

The application for an extra work permit itself is 19 pages long and it needs to be filled out and signed both by the applicant and the work place in which the researcher is doing his or her job.

Furthermore, it can take up to four weeks for SIRI to process the application.

Caroline de la Porte highlights that this makes it extremely difficult for the researchers to plan ahead and attend relevant activities from day to day outside of CBS.

Caroline de la Porte explains that, although she finds it very bureaucratic and senseless, she has to inform Brooke Harrington and other international researchers, that currently, they have to ensure they have an extra work permit for any extra task they carry out outside of CBS.

She underlines that neither CBS nor the researchers have sought to break the rule intentionally.

“The researchers did not know they were doing anything illegal. Neither did the CBS, which wasn’t aware that it would be read so strictly, as it has never been an issue in the past.” She argues that “the rule should be altered to encompass a broad interpretation of research-based dissemination, which would reflect practice in the university sector,” she says.

Inger Støjberg (V), the minister of Immigration and Integration, says that the time is right in order to see, whether the rules are up to date. She says that it makes good sense that researchers can do presentations, be an external examiner or other things, as it is relevant to their work. She will ask the Danish parliament for support. 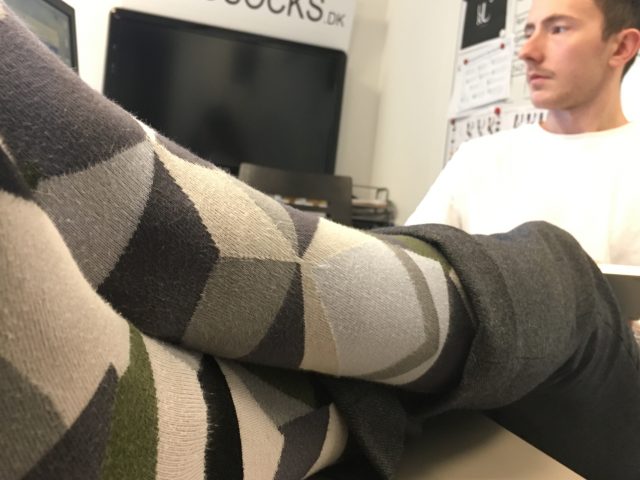 Can odd socks become a start-up? Yes, they can

Three good reasons why you should vote